SPEAR Capital’s Turner: Emerging markets may be a bet worth taking

Undoubtedly, emerging market investors face the prospect of ongoing challenges, many extrinsic to developed markets – and not least at this point in time.

The World Economic Forum, in a recent survey, concluded that 38% of risk analysts fear economic collapse in developed markets, due to the blanket effects of Covid-19.

In addition, the World Bank predicts that developing and emerging countries will collectively contract by 2.5% – their worst performance in 60 years.

However, there are grounds for optimism, considering that numerous economies on the African continent have been on the uptick since before the Covid-19 era and will grow further as stabilisation gradually returns.

Overall, Africa’s economic power and stability will align with the growth of its population, which is predicted to increase from its current 1.3 billion level to 4.3 billion by 2100.

United Nations projections imply that Africa’s population will be equivalent to that of Asia by the end of this century. This equates to a burgeoning African consumer base that will need to be serviced.

Consequently, Africa will be required to come to terms and remedy its disadvantages, such as food security, while directly inviting greater investment.

Additional issues such as frequent power supply disruptions have put the competitiveness of many African countries on the backfoot, particularly in terms of manufacturing, when compared to the Americas and parts of Asia.

According to estimates by the African Development Bank, the continent’s infrastructure needs range from $130bn to $170bn a year, with a financing gap of $68bn-$108bn.

Significantly greater investment and subsequent development is needed to increase Africa’s infrastructural capacity, which in turn will boost its GDP as a whole – vital steps required to meet population growth and consumption.

Thus far, the continent has battled to attract foreign direct investment (FDI), partly due to political instability and predictability. Nevertheless, as Malawi’s recent democratic elections suggest, the tide is beginning to turn and opportunities for investment are becoming increasingly attractive.

Investment in the sustained growth of the continent’s manufacturing capabilities, particularly in terms of fast-moving consumer goods (FMCG) to service this demand and supply, has the potential to offset dependence on (and the monopoly of) foreign powerhouse FMCG manufacturers such as China.

Private equity, particularly from outside Africa, has yet to be adequately adopted by emerging markets, such as those in Southern Africa. There has been continuous private capital growth, most notably in the US, Europe and Asia.

Private equity has shown itself to be a solid diversifier for investors as it remains relatively unaffected by the periodic volatilities that impact more liquid asset classes.

The consequence of this, however, has been capital saturation (particularly since the global financial crisis of 2008), which has diminished certain asset returns.

As such, investors have had to cast their nets further in search of yields while investigating alternative avenues.

On top of this, developed nations have been receiving considerable stimulus packages from central banks and trading blocs, in order to right their economies – financial reinforcement that emerging markets cannot even begin to compete with, yet their economic recovery is equally critical.

As such, it is essential that these markets obtain alternative capital to stimulate their economies, and private equity is certainly a decisive avenue worth investigating.

Of course, we must remember that education on all fronts is vital. Emerging markets need to provide education on and make private equity routes accessible to companies in need of capital, as it remains largely misunderstood – particularly among companies in the SME sector.

On the flip side of this, overseas PE investors will need to be advised and carefully guided in their approach to investing in emerging markets. The overriding disclaimer here of emerging markets is that not all of them are created equal; you have to understand the specifics of each one.

Speaking again of Africa’s burgeoning consumer base and the vital importance of ramping up manufacturing and production, it is becoming increasingly apparent that businesses catering to this consumer tide are, in the majority of instances, an obvious bet for investment.

Thus far these manufacturing and FMCG areas have been largely overlooked and undervalued from an investment perspective.

But it stands to reason: if you are producing goods locally and selling them to a demanding market, the potential for growth and profitable returns is accelerated.

It is vital that import substitution makes sense from a costing perspective. While opportunities do exist, it is important to ensure that the economics are stable.

Local manufacturing makes sense only if conditions on the ground are conducive – i.e. power is reliable, commercial terms are predictable, and there are measurable levels of political stability with fair playing fields.

Furthermore, crucial cash injections will be needed to ensure that these operations realise the levels of sustainability and margins to which they aspire. Private equity has the ability to provide these injections, from which investors will ultimately reap the benefits.

No one can deny that there have been inconsistencies and inefficiencies throughout Africa’s numerous economic systems.

Yet, in the light of significant global economic shifts as a consequence of the enduring pandemic, as a PE investor, I regard these emerging market inefficiencies as positive opportunities.

The cream of companies will rise to the top, not only through endeavour and excellence but also in the name of resilience and survival.

In this way, investors will clearly be able to identify the genuine quality operations in which they are likely to want to invest.

Bryan Turner is a partner at SPEAR Capital. 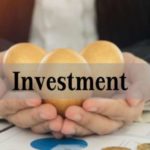 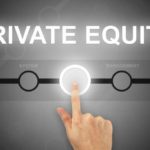